G-Systems International was launched in the late 1960s to provide a unique support service to individuals and businesses. Concentrating on the reality that people are the primary element that make the wheels of life turn, G-Systems International developed a broad series of analytical and procedural systems to identify and evoke the very best of creative talents from within the individual. These systems reference individual human proclivities from developmental records dating back to the distant dawn of sociological and spiritual structures.

Today’s mission has produced leading edge development with the ever demanding need for self awareness and creative growth. Our success has been proven in every field of human endeavor and has grown to include same field development for like programs.

Originally more focused on personal development, the demand to integrate people into an efficient team format for business application led to the requisition of new extensions of primary procedures. The result has been the acceptance and leadership of G-Systems International into the business community, especially in areas of new business start-up and project team efficiency. This extension into the modern business environment was co-evolved with a continued expansion and support for the development of individuals outside the business marketplace.

Our free e-mail newsletter, The Inside Line, is a great way to keep abreast of upcoming special events and learn more about G-Systems International’s full range of services and products. To be included on our e-mail mailing list please click here. If you wish to be removed from our mailing list for any reason, please click here.

For those seeking more information about metaphysics, Gregge Tiffen’s essays give in-depth information from a practitioner’s point of view; these can be found in our Essays section. 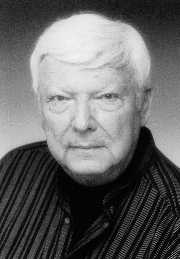 Leaving behind an engineering background and a professional military career, Gregge Tiffen spent six years of intensive study in the Far East. Trained in mysticism and mystical law, Gregge returned to the United States fifty years ago to launch what has become, five decades later, the world’s most respected and dependable source for metaphysical consultation, focused fully on the primary development of inherent universal and human capabilities.

In the past five decades Gregge’s unique applications included teaching and lecturing on metaphysics. He was also well-known in his field as an author, with publications ranging from child development formats to general-interest magazines, as well as numerous pamphlets and self-development CDs. Gregge was also the author of the books Life In The World Hereafter: The Journey Continues, the First Encounter Trilogies, and The Story of Infinity as well as a monthly booklet series on most any metaphysical subject one could desire; all are available through P-Systems Publications. Previously unpublished works are being released on a regular basis so check back often.

Gregge made his transition to the other side in September of 2008, but the wealth of material he produced during his lifetime is still available.